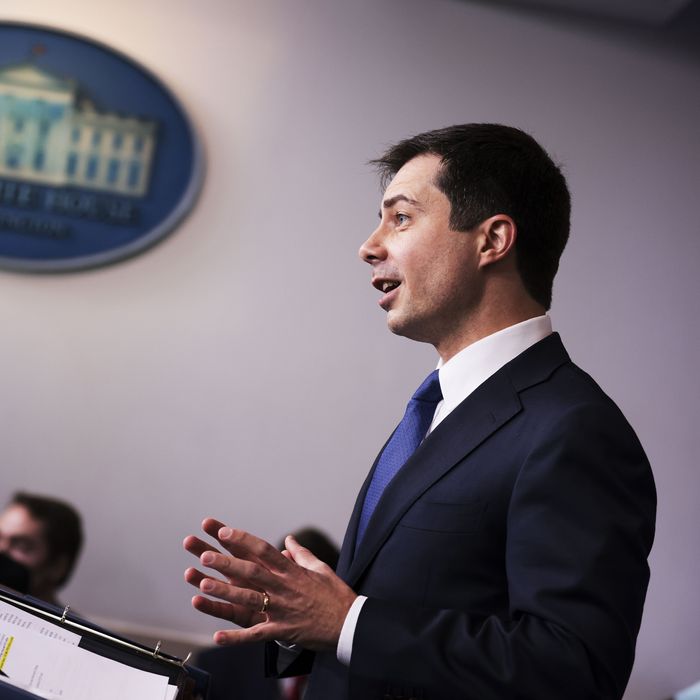 The misery of airline travel in the United States, long a running joke, now feels existential. Price hikes and mass cancellations caused havoc for travelers in the late spring and early summer. Policies that punish consumers, like charging fees for families with young children that sit together, remain on the books. A heavily consolidated industry is able to act with relative impunity; with just a few conglomerates left standing, it’s not like Americans have much of a choice of who they fly with.

All of this has fallen on Pete Buttigieg, the star U.S. Transportation secretary and one of the few prominent Biden administration officials who has not seen his popularity tumble with the president’s. Amid rising inflation and supply-chain shocks, Buttigieg remains relatively well-regarded. If the airline crisis isn’t rectified soon, however, his reckoning will probably come.

Compared to his oversight of the billions of infrastructure dollars that are now being doled out to various state and county governments, Buttigieg enjoys much more direct power over the airlines. The federal Department of Transportation can only dictate so much to state agencies; the same is not true for the airline industry, which has been entirely under federal oversight since airlines were deregulated in 1978. State courts, state legislatures, and state attorneys have almost no authority over the industry. As passengers aboard airplanes, Americans enjoy far fewer rights than they would if they were interacting with almost any other private business. State regulators and courts can’t touch airlines. In essence, the DOT secretary, who oversees the Federal Aviation Administration, is the only sheriff in town.

Buttigieg inherited many problems from prior DOT secretaries, Republicans and Democrats alike, who cared relatively little about American consumers. Airlines have rapidly merged in the last few decades, leaving Delta, United, and American Airlines with about half the domestic market to themselves. In such an environment, these enormous corporations are mostly impervious to customer complaints because they’ll do big business regardless, especially as demand picks up. When the pandemic first hit in 2020, the airlines received a federal bailout in excess of $50 billion — arguably necessary for an industry that was, quite suddenly, facing a catastrophic event unlike any other — but still encouraged the early retirement of pilots. This came while Donald Trump was president and continued under Joe Biden. Airlines can keep scheduling flights with insufficient crew members and cancel at the last minute with little fear of reprisal from consumers or DOT. A consolidated airline industry is incentivized to have smaller staffs because scarcity leads to prices rising even higher.

Almost two years into his tenure at DOT, Buttigieg should be under far more public pressure. A recalcitrant Congress or ossified political structure isn’t standing in his way. Rather, as critics like the Americans Economic Liberties Project point out, it’s an apparent lack of ambition. Buttigieg has not demanded that the airlines prove they have the crews to operate the flights they are advertising and selling, nor has he threatened any fines over rampant cancellations. He has not followed the lead of Senator Bernie Sanders, who in a recent letter urged Buttigieg to require airlines to refund passengers for flights that are delayed more than an hour, including requiring ticket refunds and alternative transportation for passengers who experience delays of up to four hours and meals and lodging for those who are delayed longer. Sanders also wants fines on airlines for flights delayed more than two hours and for scheduling flights that don’t have proper staffing.

That is one theoretical upside of such a consolidated industry: The federal government wields extraordinary leverage over airlines and could, at any time, crack down severely on their behavior. Unlike other large corporations, private airlines are not particularly popular with Americans. Amazon or Disney arouse warm feelings; Delta and American Airlines conjure hellish waits in overstuffed terminals and seats with hardly enough legroom for toddlers. There is both a political and moral case to make that aggressively targeting airlines is necessary. If Buttigieg, working on behalf of the Biden administration, delivers dramatic reform, he could potentially buoy the president’s standing headed into a very tough reelection fight in 2024.

The fining power of DOT has made a difference before. Ray LaHood, the Republican DOT commissioner who served under Barack Obama, fined airlines $27,500 per passenger for tarmac delays that stretched beyond three hours. The airlines were furious but could do little but comply. In addition to levying far more fines, Buttigieg could support legislation backed by Senators Ed Markey and Richard Blumenthal to create an airline passengers’ bill of rights. Travelers would no longer face capricious delays, excessive fees, and the general indignity of travel in 2022.

Buttigieg’s DOT argues, however, that they are taking action now with more planned in the future. His office pointed to a $4.5 million settlement with Air Canada, the highest ever, over delays in providing refunds to thousands of passengers. Probes into ten airlines were completed, with enforcement actions coming, according to DOT. Ten investigations are ongoing for securing refunds. DOT required United Airlines to refund ticket purchases to thousands of passengers who had been denied refunds. Ahead of the Fourth of July weekend, Buttigieg met with airline CEOs to urge them to stress test schedules and improve service. “The department expects that when Americans buy an airline ticket, they’ll get to where they need to go safely, affordably, and reliably. DOT’s collaboration with the airlines has contributed to some positive steps, including the airlines setting more reasonable schedules and increasing worker pay to improve recruitment,” said Benjamin Halle, a DOT spokesman. “The secretary has and will continue to take action to protect the rights of airline passengers and consumer rights, and when airlines fail to meet their responsibilities, they will be held accountable.”

But the question becomes when Buttigieg will move from urging the airlines to act to forcing them, through the power of the state, to do better by the American consumer. Buttigieg will have at least two more years as Biden’s DOT secretary to evolve, if he so chooses, into the kind of Transportation secretary airline companies fear. He has the capability. The question remains whether he has the will.

Daily news about the politics, business, and technology shaping our world.

By submitting your email, you agree to our Terms and Privacy Notice and to receive email correspondence from us. 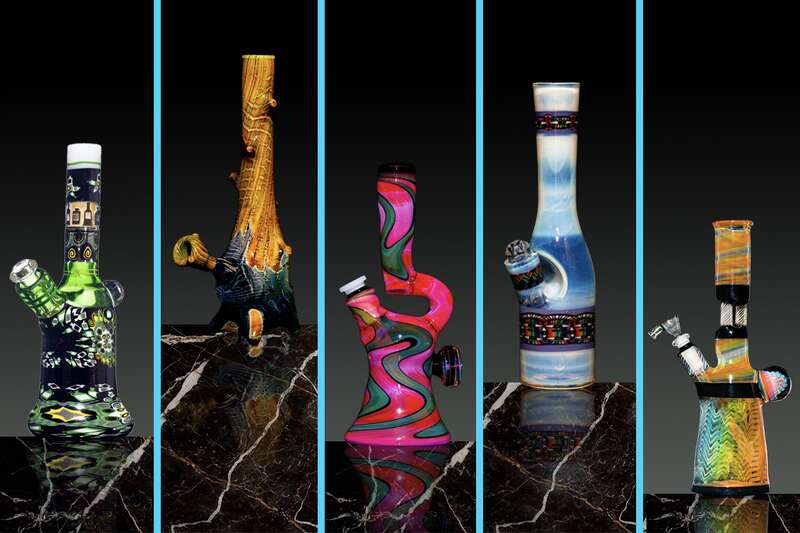