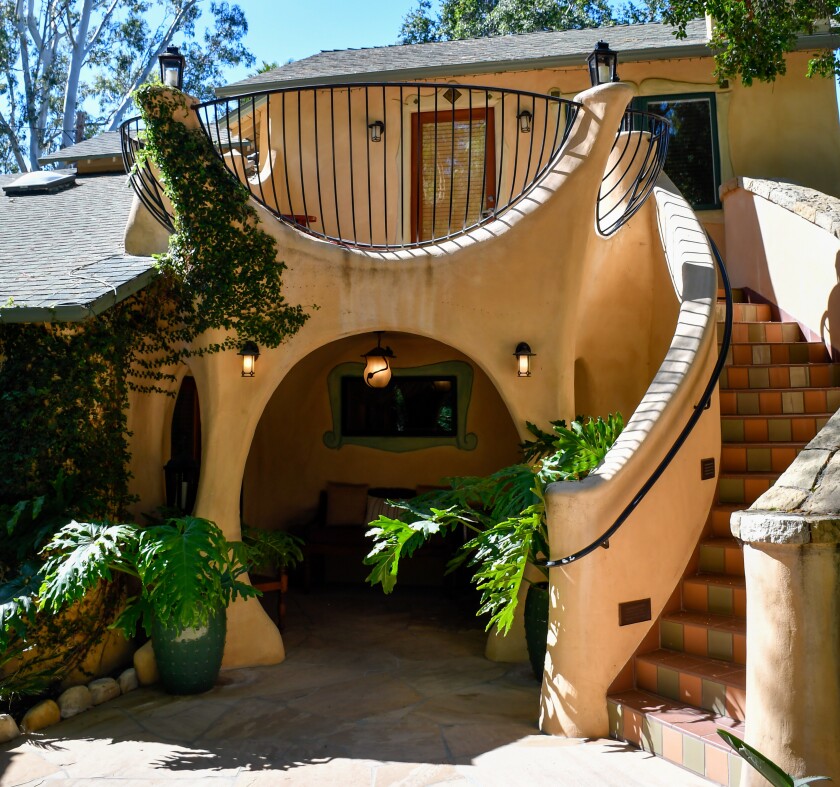 Though Ojai has been a spiritual retreat for a century, material-world anxieties have never been far away.

And now, as more wealthy Angelenos make the 90-minute journey to this valley at the foot of Ventura County’s Topatopa Mountains, the lodgings of Ojai are getting trendier and spendier by the day.

In a proudly sleepy town whose visitor calendar once was dominated by the spring Ojai Valley Tennis Tournament (founded in 1896) and the summer Ojai Music Festival (founded in 1947, this year June 9-12), just about every weekend now brings a tide of Angelenos and others filling Ojai Avenue, the main drag.

This is a welcome boost for many local entrepreneurs, but in a community that has debated for decades over how much tourism to invite, it’s an issue of supply, demand and style.

Unlike many other booming Southern California destinations, including greater Joshua Tree, Ojai has banned short-term vacation rentals. And there are just 12 hotels within city limits.

“There’s not enough hotel rooms for the people who want to be here,” said Diana Hawk, manager at the Emerald Iguana Inn. “Half of Los Angeles is coming up here.”

If you can find a weekend bed in the city under $250 per night, you’re doing better than most. If you don’t book two months ahead, you might get shut out.

Ojai counts about 7,600 residents, with another 20,000 or so (and many lodgings) in the neighboring communities of Meiners Oaks, Mira Monte, Oak View and Casitas Springs.

The community’s spiritual leanings go back to at least 1922, when Indian philosopher Jiddu Krishnamurti arrived as a young man (and stayed, on and off, for 64 years). It’s been a getaway for show business people for almost as long.

But national brands have been effectively banned in the city for years, so you will find no Hiltons, Holiday Inns nor even a Motel 6.

The 306-room Ojai Valley Inn, opened in 1923, remains the grandest lodging in town. Its 220 acres include a golf course, tennis courts and recently renovated spa. Nightly rates start around $600, and management says bookings are “far outpacing” 2019, with frequent sellouts.

The area’s other lodgings are mostly boutique hotels, including the 30-room Capri Hotel and 17-room Ojai Rancho Inn (both run by Shelter Social Club); the 46-room Casa Ojai Inn and its pricier sibling, the 12-suite Su Nido Inn; and the 22-room Chantico Inn. The 13-unit Emerald Iguana Inn is full of art nouveau curves and Gaudi-esque flourishes, while its sibling the 23-unit Blue Iguana Inn (about 2 miles outside town) projects a Mexican hacienda look.

When I sat down in May to check these lodgings’ weekend rates for mid-July, I found many options between $300 and $500 a night, nothing under $259. Most required a two-night minimum. Ojai in 2020 raised its hotel tax from 10% to 15%, one of the highest rates in the state.

At first glance, the offbeat Caravan Outpost — 10 Airstream trailers and one tiny house, no swimming pool — might seem a budget option. But the outpost’s van-life vibe and lush landscaping attract guests who routinely pay $375 a night.

For a weekend room under $250, your chances are better at the Hummingbird Inn, the Lavender Inn B&B (a converted 1874 schoolhouse) or one of Ojai’s retreat centers, which stress quiet and contemplation.

At least one big change is due in 2024, however. That’s when an Ojai-based ownership group expects to complete a major renovation of the historic Hotel El Roblar (formerly known as the Oaks, built in 1919 and closed since late 2017), which will include 50 rooms, a restaurant and bar.

Ojai’s city council approved the hotel project at a standing-room-only May 10 meeting despite dissent from Mayor Betsy Stix.

As for the vacation rental ban, the city council imposed it in 2016 (and has brought enforcement actions against 16 alleged violators). In 2018, Ventura County banned short-term rentals in the surrounding Ojai Valley, although there’s an exception for “homeshares” in which the owner is present in the same dwelling . Airbnb lists many properties in and around Ojai, but to rent most legally, you must book 30 days or more or use a county-approved homeshare.