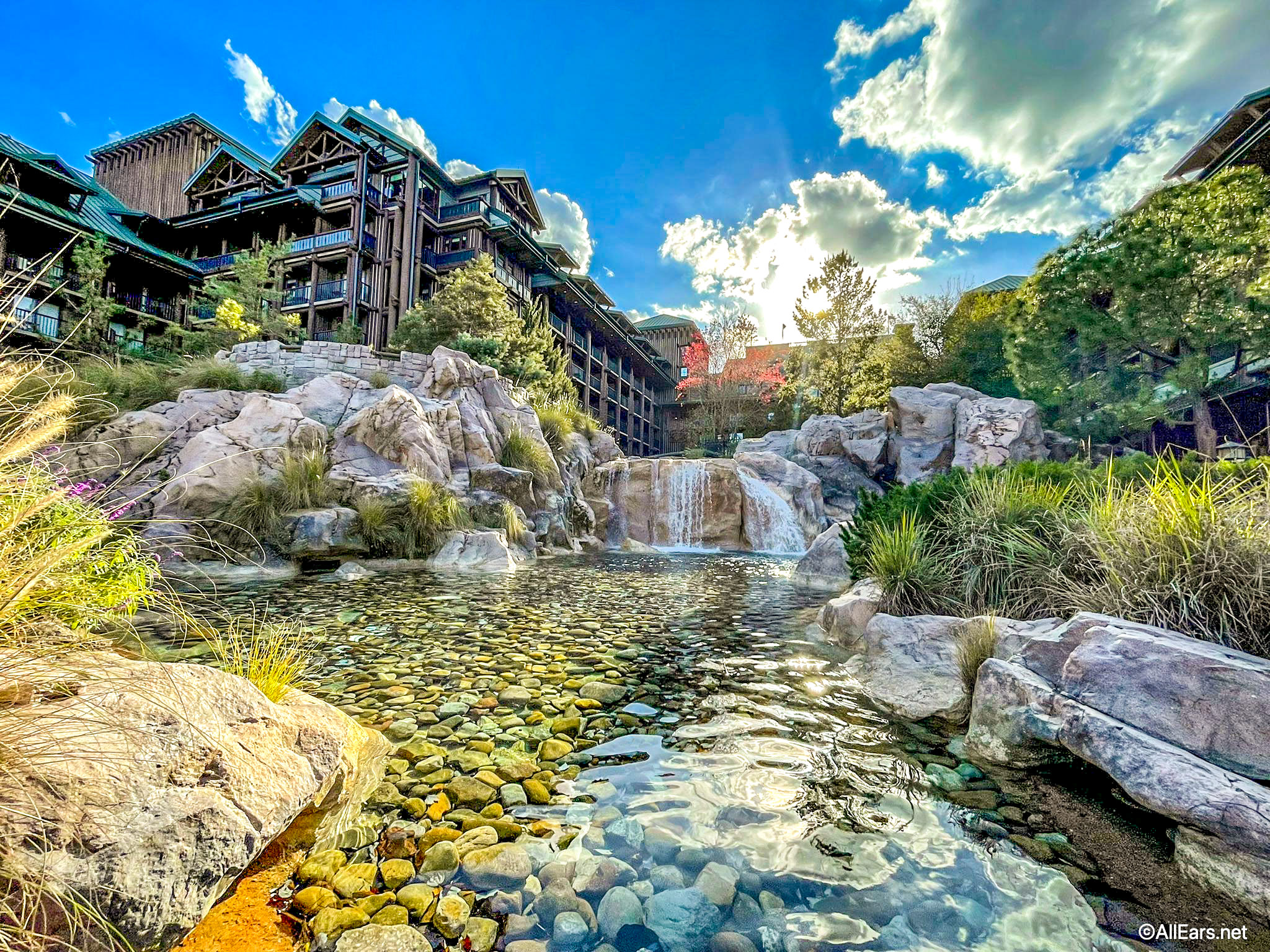 To the surprise of literally no one, Disney World has a lot of hotels, and many of them are expensive! These are Disney’s Deluxe Resorts, so named because they are typically believed to provide more luxury and more amenities — but that all comes with a price.

With so many properties and nuances and design details, all of Disney World’s Deluxe Resorts are different, bringing varying levels of value to a Disney World trip.

In terms of “value,” this means different things to different Disney World visitors. For some guests, a Resort’s value comes down solely to price. For others, the value is more in the overall vibe, experience, and style.

Factoring all of this in mind, we’re turning to our handy dandy AllEars reader reviews of Disney World resorts, where we’re using your user ratings to produce the definitive ranking of Disney World’s priciest properties!

Clocking in at the “bottom” of the list is Disney’s BoardWalk Inn. With an average user rating of 8.10 (out of 10), recommended by 85% of guests, it’s nothing to sneeze at but definitely nowhere near the top of the heap!

On the plus side, this beautiful Atlantic City-esque resort has an amazing location and iconic motif, but some of the restaurants feel chain-y (though that might be changing!), and it isn’t quite as immersive and enchanting as some nearby hotels…more on those later!

Plot twist: Disney World’s most expensive hotel is not the most beloved! Disney’s pricey Grand Floridian is proof that the more $$$ you spend does not necessarily equate to the best overall experience.

With an average 8.22 rating and an 82% recommendation rate, this lavish resort is infamous for its weirdly cramped rooms, and despite how lovely and elegant it is, it feels somewhat lacking in whimsy and nostalgia. Especially for the money you’re spending to stay in close proximity to the Magic Kingdom.

On the more “budget-friendly” end for Disney World’s Deluxe resorts, Disney’s Animal Kingdom Lodge certainly has plenty of perks (The wildlife! The food! The transportive design!), but we have to assume its far-flung location isn’t doing it any favors. Ditto the fact that it doesn’t feel particularly “Disney” compared to other nostalgic resorts.

One of the more out-of-the-way hotels in Disney World, the Lodge has an average rating of 8.37, though it’s recommended 94% of the time.

Maybe it’s the endless construction, the exorbitant cost, or the headache-inducing wait to get into Trader Sam’s Grog Grotto, but one of Disney World’s most iconic hotels is not necessarily its most adored.

Disney’s Polynesian Village Resort, for all its lovely tropical decor and Moana theming, clocks in with an 8.47 average rating and an 89% recommendation rate.

Scoring a bit higher than nearby Disney’s BoardWalk Inn, Beach Club comes in with an average 8.56 rating, recommended by 93% of guests.

Chock it up to its unbeatable EPCOT-adjacent location, beautiful nautical vibes, scream-worthy ice cream sundaes, and convenient access both to the parks and to Disney’s nightlife epicenter.

The one thing that Beach Club is lacking is a lobby-bordering steakhouse, which might explain why its sister hotel, Disney’s Yacht Club Resort, scores a notch higher.

With an 8.65 score and recommendations from 88% of guests, Yacht Club is a clear fave for its location, its equally nautical decor, and the fact that it boasts some of the best dining and drinking near the parks!

In terms of classic, enduring Disney World hotels, it’s hard to out-shine Disney’s Contemporary Resort. While old-school and timeless, this is one quintessential property that continues to seamlessly reinvent itself, as seen with the recent opening of one of our favorite new restaurants in Disney World!

Still, parts of the hotel can feel dated and sterile, and it’s expensive as heck, hence the not-quite-perfect 8.92 rating and 92% recommendation score.

Inspired by chic European travels, Disney’s Riviera Resort is one of the more mature, elegant, and modern resorts in Disney World, beloved for its foodie fixins’, Skyliner access, and can’t-miss views from Topolino’s Terrace – Flavors of the Riviera.

Thus, this understated resort boasts an impressive 9.04 rating, recommended by 92% of guests.

Taking the number one spot among Disney World’s expensive Deluxe resorts, in terms of guest reviews and ratings, is Disney’s Wilderness Lodge! Yet another of Disney’s most iconic and timeless resorts, this one fairs better than its Magic Kingdom neighbors with a 9.21 ratings average and recommendations from 94% of users.

There’s clearly a lot to love about Wilderness Lodge, from the Yellowstone vibes and the cozy dining to the Magic Kingdom access, character appearances, and kid-friendly ambience. It’s practically perfect in every way!

While you certainly can’t go wrong with any Disney World hotel, Deluxe or otherwise, ratings from readers like you indicate the nuances that differentiate one resort from another!

Which Disney World hotel do you think is the most overrated? Let us know in the comments!

Join the AllEars.net Newsletter to stay on top of ALL the breaking Disney News! You’ll also get access to AllEars tips, reviews, trivia, and MORE! Click here to Subscribe! 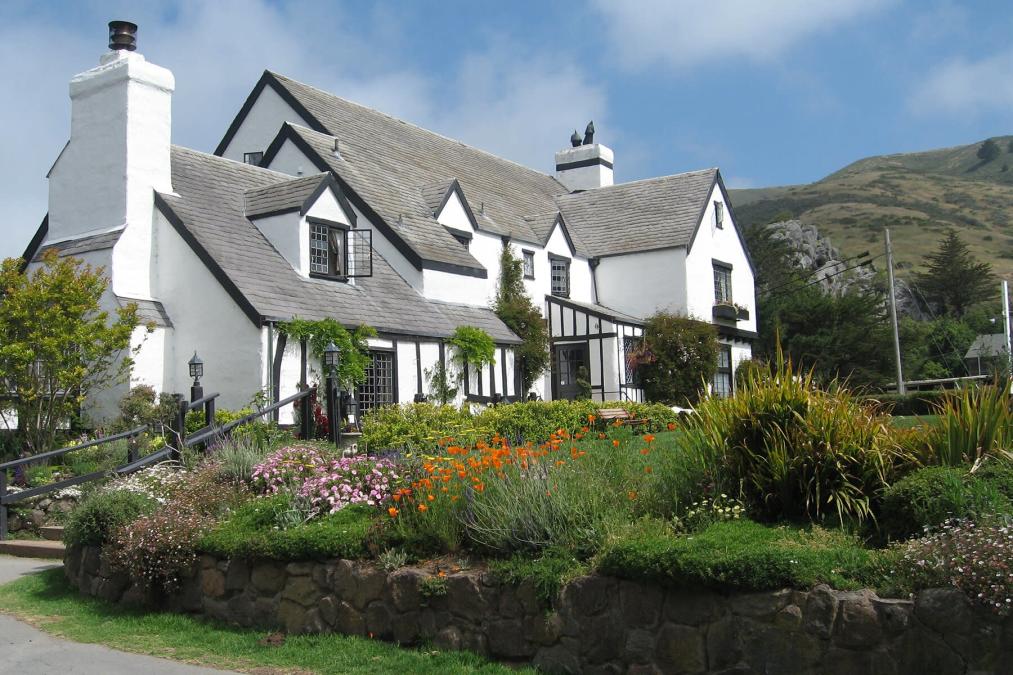