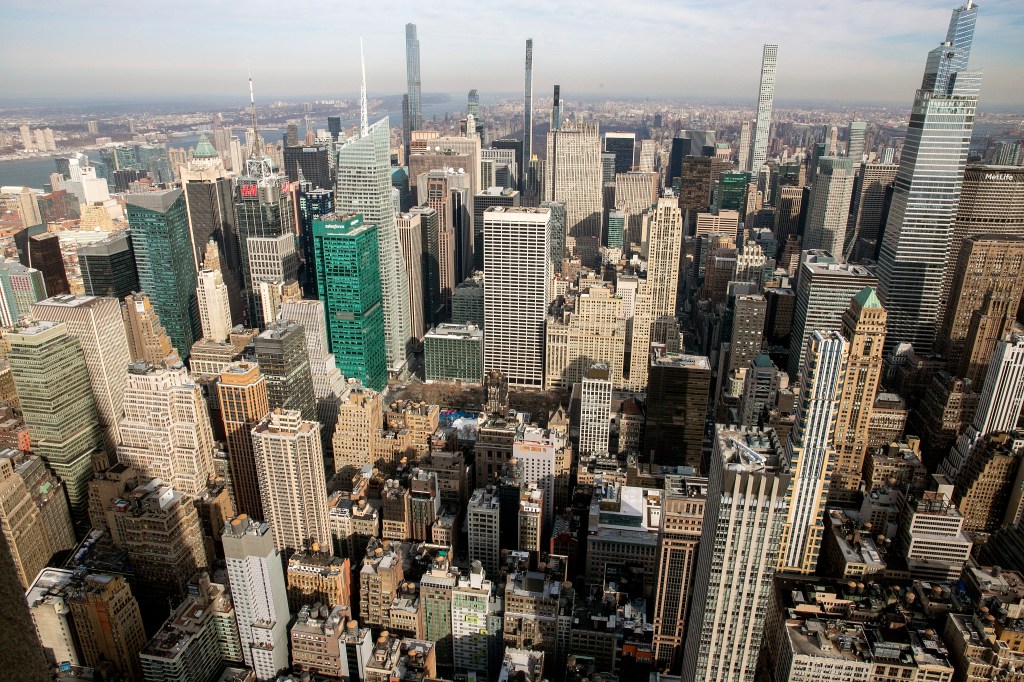 It’s been nearly a year since New York state OK’d what promised to be a positive response to the COVID pandemic: funding to convert empty hotels into housing for the street homeless. But unions and red tape seem set to kill the idea.

Both Gov. Hochul and Mayor Adams recently trumpeted the $200 million bill former Gov. Andrew Cuomo signed in August 2021. As Adams put it in May: “By repurposing underused hotels, we can create supportive housing faster and cheaper.” Hochul last month promised the law “allows us to tackle the affordability crisis head-on and convert empty, underutilized spaces into homes.”

But to date, exactly zero developers have come forward to tap the funds — and, worse, it looks likely the whole idea may come to nothing. And not because there aren’t still a lot of street homeless and empty hotel rooms.

The real culprits are all too familiar: overregulation and union demands.

The Housing Our Neighbors with Dignity Act, sponsored by state Sen. Brian Kavanagh, envisions nonprofit developers, aided by state- or city-backed financing, converting empty hotels to supportive housing — the combination of small rooms and on-site help with the substance-abuse or mental-health services that so many street homeless desperately need.

This is no fantasy. In the 1990s, the Times Square Hotel on West 43rd Street and Prince George Hotel on East 27th Street were converted to hundreds of supportive-housing rooms. This is exactly the sort of community facility that should’ve been undertaken at the same time large state psychiatric facilities were closed.

The supportive-housing-development nonprofit Breaking Ground takes some 500 homeless off the streets each year by placing many in converted rooms — and reports that 98% remain housed a year later. It gets support not just from government but from private philanthropic groups, such as the Robin Hood Foundation, famed for insisting on verifiable results. Hotel conversion can work.

But HONDA is standing in the way of the conversions because while it provides financial help with one hand, it increases costs with the other.

Hochul signed a bill last month, which Adams supported, that improved in some ways on the Cuomo-signed legislation. But it retains much of the original’s key flaws.

Every supportive-housing unit must have not only a private bath but a kitchenette — including a stove, refrigerator and sink. A great many hotel rooms are simply too small to add those amenities without substantially increasing costs.

Nonprofit developers would much prefer to have the option of the old single-room-occupancy model, with a kitchen or even a bathroom down the hall. They wouldn’t be flophouses; supportive services would provide the help the street homeless need to start stable lives.

A shared kitchen is much better than sleeping on a heating grate. But HONDA funds don’t support such housing.

“The SRO model shouldn’t be ruled out,” says David Beer of Breaking Ground. He knows what he’s talking about; it was his group that converted the Times Square and Prince George’s hotels to effective supportive housing. Housing advocates may feel all tenants deserve their own kitchen and bath, but in the real world there are tradeoffs.

Start your day with all you need to know

Then there are the union complications. The law requires developers to reach a financial deal with the union that represents most of the major core Manhattan hotels, the Hotel and Gaming Trades Council. But the union (understandably) wants to bide its time in hopes hotels will reopen — rather as industrial zoning kept out new Garment District housing for years, in hopes that the industry would come back. Nor is it clear that older hotels were profitable even pre-COVID.

The HONDA option of buying out the union, according to a knowledgeable nonprofit developer, would add 30% to operating costs — in part by requiring many traditional hotel jobs, such as housekeeping and administration, to be retained. Operating costs could rise from $9,000 to $13,000 per unit per year and force developers to divert funds that would best be going to support services.

Such factors deter developers from converting empty hotels in areas such as Times Square, where the homeless most congregate. If there is any conversion at all, it will happen only in the outer boroughs — and even there it will be difficult.

It’s one thing to pass a law and hold a press conference — which Hochul did, alongside Adams, to boast of her amendment. It’s another to make it practical to take the homeless off the streets. HONDA needs much more amendment to work. And Hochul and Adams need to jawbone the unions and get them to make an economically viable deal.

Howard Husock is a senior fellow at the American Enterprise Institute.