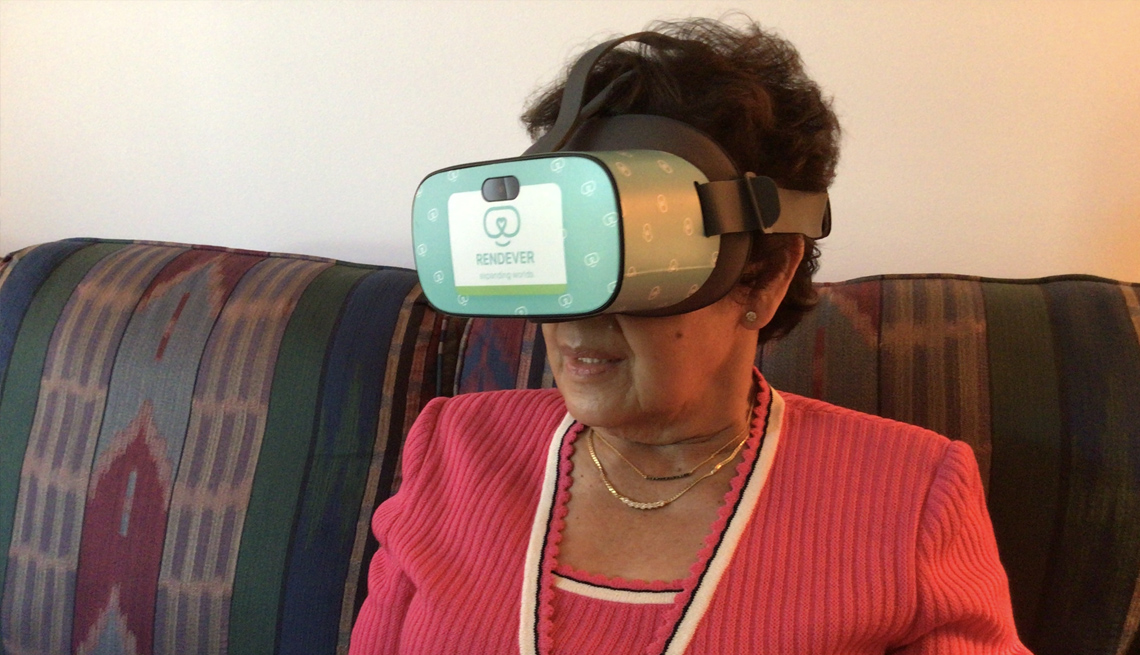 Retired pathologist Lily Mauricio “climbed” to the summit of Mount Everest recently to bond with her daughter, who decades earlier, when she was in her mid-20s, had reached an Everest base camp 18,000 feet above sea level. The younger Mauricio shares her mother’s name but goes by the nickname Ditas.

Though she’s a seasoned climber herself, the elder Mauricio, now a 78-year-old living in the White Sands assisted living community in La Jolla, California, scaled the world’s tallest mountain virtually.

To do so, Mauricio donned a virtual reality (VR) headset provided to White Sands by Rendever, a Somerville, Massachusetts, company in the AARP Innovation Labs portfolio. Rendever has deployed VR headsets in more than 400 older adult living facilities across the United States, Canada and Australia in the past five years.

“I shared this experience mentally and with her,” Mauricio said of Ditas. “It was very moving. It was awesome. It was so realistic. You could see a panoramic view of everything below, above, to the right, to the left.

The social part may seem counterintuitive, considering fully immersive virtual reality experiences begin when a person shuts out the outside world by placing goggles or a headset on their noggin.

“VR knocks down every single barrier an older adult may have in experiencing the world, and it does that in a way that really beautifully allows seniors to check off bucket list items,” says Kyle Rand, Rendever’s chief executive. “But more important is this missing ingredient: They get to do it together.”

While VR is carving out a place in assisted living settings, there’s also a push to reach older adults at home. In August, Dallas startup MyndVR will be launching a VR kit with HTC Vive Flow goggles, a companion tablet for caregivers or family, and access to a library of company-produced and licensed VR content.

Users can peer down at Earth from the International Space Station, ride a zipline or watch an intimate Broadway performance of The Lion King, among other fare. The cost is $495 for the glasses under a current promotion, plus $20 a month for the content; the price climbs to $645 with the tablet.

MyndVR’s library also includes cognitive apps. In one, a person must correctly identify the source of sounds played in a kitchen, such as water running in the sink.

In Westchester County, New York, 67-year-old singer Nenad Bach regularly plays ping-pong virtually via the Eleven Table Tennis app on a Meta (Oculus) Quest headset. “It’s very social, because you’re talking to the whole world,” says Bach, who has competed against players in Africa, Canada, Germany, the Philippines and across the U.S. 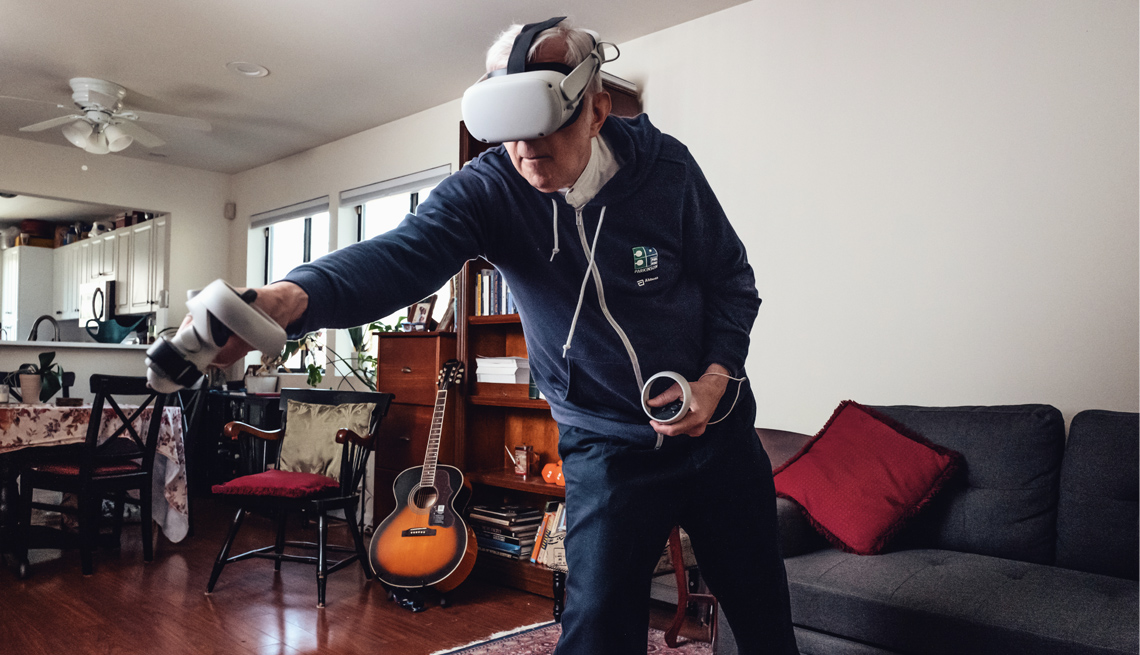 Bach, who’s been diagnosed with Parkinson’s disease, still performs in person, and he plays real ping-pong too, as a form of physical therapy. “Some things are even better [in VR], because you don’t need to pick up the ball from the floor,” he says. “You just press a button and it’s in your hand.”

Stephen Harris, 39, used to bond with his dad, Jim, 76, over putt-putt golf, but that’s no longer possible because his father has Alzheimer’s. Instead, father and son, who both live in Denver, play the Walkabout Mini Golf game on Quest.